What’s the best electric vehicle for sleeping in?

You’ll spend so much time sitting around in your EV – why not get an Ioniq 5 and have a snooze? 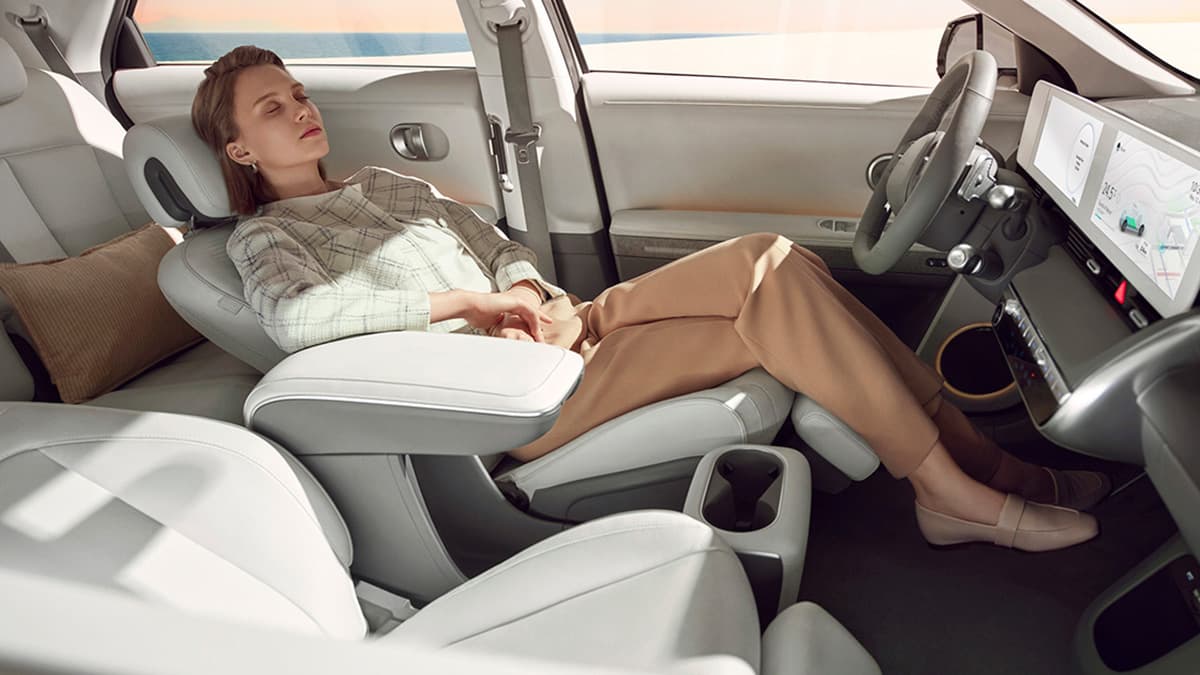 Usually when a carmaker launches a new car it will make a big fuss about how amazingly it drives, because it’s been developed by a gaggle of racing drivers and experts with sensitive bums specifically for the roads in [insert country here]. Said new car handles 18 per cent better than before and is more accelerating thanks to the strides that have been made in powertrain development.

Hyundai knocked all of that on the head when it launched its Ioniq 5. Not because it’s an electric car and no one expects it to do searing laps of the Nordschleife at top pelt, but because Hyundai is a sensible manufacturer that realises real people drive its cars in real places.

The Korean carmaker made much of the fact that the front seats on the Ioniq 5 reclined almost flat to enjoy a little light relaxation at a standstill (don’t try it while you’re driving, it’ll only end in disaster). They even have little footrests attached that pop out as you recline, a true surprise and delight moment.

If you were cynical you might think that there wasn’t much of interest to highlight on the car, but of course we know better. It’s a delightfully modern bit of retro-inspired design, with some neat little interior touches on top of the futon-aping front seats. Hyundai is perhaps the first carmaker to take advantage of the packaging possibilities that modern electric powertrains afford. A cavernous interior with sliding furniture and reclining seats that turn practically into beds. What more could you possibly want out of an ultra modern electric car?

Because the thing that no one tells you before you get an electric vehicle is quite how long you’ll spend sitting around staring listlessly out of the front windows while plugged in and getting much less electricity than is advertised on the side of the charge point. If you find yourself sitting in a Tesla you could indulge in a spot of karaoke, play some computer games or even watch some Netflix on the enormo-screen in the middle of the dashboard.

The Ioniq 5 immediately trumps all of the Tesla’s best efforts by facilitating a short nap while you charge. New parents will love the car – “Just popping out to charge the car, darling, back in 90 minutes” – but once you’ve driven the Ioniq 5 for a month or three everyone will be commenting on how well rested you look, all fresh faced and bright eyed. They’ll suspect plastic surgery, which is nice, because they’ll assume you can afford it, but you’ll know the real secret. And whatever the marketing bumf tells you, no amount of sharp racetrack-honed handling can make you look younger.